Finally, after weeks of unrelenting bad weather, the sun has come out. The glen looks magnificent again. Time to clear a space in the diary and go wander.

Its taken a few days to start feeling human again. The Ben Race and then the rescue call out on Sunday really took it out of me. But with another big event on the horizon, I was keen to get back to the training as soon as my aching body would allow. And what better way than to head over Corran Ferry with the cross bike and ride the Liddesdale & Kingairloch Loop. 40 miles of some of the best countryside and cycling that the west coast can throw at you. 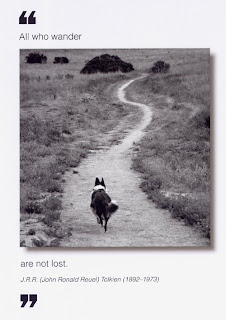 The ride starts off with a good warm up along the main road to Strontian (I say main road, but the only traffic that passes you is the half dozen cars every hour when the ferry comes in.) Its a good spin round to Glen Tarbert and then the work starts as you climb, invariably into a westerly headwind through some typically remote and rugged and Highland scenery. But its short lived and you're soon spinning out in top gear heading down to the junction to Lochaline.

The real killer on this loop is Liddesdale. A long and not insubstantial climb that really builds stamina and gets your heart rate high. Once at the summit its big gear again. Look out for the left turn down the minor road (at this point you might wonder how much more minor it can get) to Kingairloch.

By the time you've covered the 4 miles to Kingairloch you'll be picking the flies out of your teeth. To my mind its one of the best bits of road riding in Scotland. Dipping, swooping, turning and all generally heading back to sea level. The first house you pass definitely leaves you with the impression that you're in banjo plucking country. And as you descend, the scenery softens, until finally you're down by the water in an idyllic sheltered bay, amidst the few houses and one church that is Kingairloch.

Sensible folk will of course plan their visit to tie in with opening hours at the Kingairloch Boathouse Restaurant run by former Glencoe residents Kurt & Susan.

From here on you're in the home straight. Although its not straight. It twists and turns, hugging the coast as it goes. On this trip I saw porpoises rising, herons galore, skuas (at least I think they were skuas), wild goats (they look pretty angry anyway) and a buzzard. On previous trips I've come across deer blocking my path and even watched otters playing in the sea.

So, while ever Corran Ferry is free to foot passengers and bikes, take your car and park at the slip, and take half an hour or a full day to explore the other side. You don't have to go beyond Argour, but the further you go, the more hooked you'll become.

All who wander are not lost!
Posted by Clachaig Blogger at 03:53