Glencoe Mountain Resort very kindly invited as many of us as could make it to come and see what's on offer during the summer months. And it would be rude to decline such an invitation so we played around with the diary a little and set off up the glen . 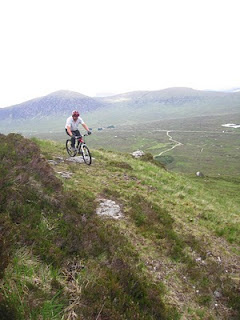 Can you spot Kingshouse?
The centre has been through difficult times of late. But under new ownership, a new lease of life has been brought to the longest established ski centre in Scotland, and there's already evidence that the centre will soon become a year round activity centre, with something on offer for everyone. The snow conditions for years this past winter have certainly helped and the momentum gained is now clearly continuing through the summer months. 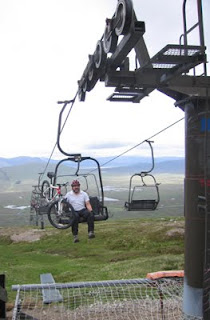 I never knew that uphill on a mountain bike could so easy!
Sitting in the log cabin cafe with large picutre windows looking straight at Buachaille Etive Mor was an activity within itself. Coffee and cake was far more appealing than the Downhill Mountain Bike Course which was looming on the hillside just above us. However, Dangerous Will was up for it. He still had use of all of his limbs at the end but did mention something about going to the bike shop to replace some broken parts. 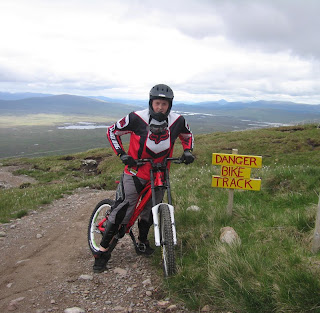 'Dangerous Will' looking confident
For the lesser mortals amongst us, we opted for a nice gentle ride up the chairlift with our bikes. We made a quick exploration of the plateau before opting for taking the weasel track down. Overgrown and washed out, this track dates back to some of the early days of gaining access to the hill, but is earmarked for development into a more formal biking track. In fact, speaking to Andy and the team, and listening to their ideas is both enlightening and refreshing. 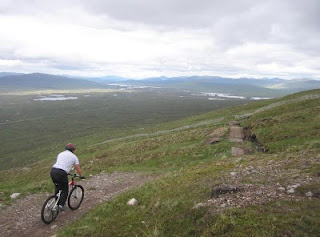 Keep on through the snow fence to find the weasel track.
The weasel track has bags of potential and even in its current state was a good bit of fun. There's a few wash outs and bottomless swampy bits, but there's also long sections of good cruising and a few more challenging sections, including a couple of rock slabs. Great fun! And the view..! 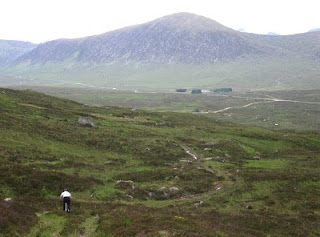 Blasting the return to the centre, with the access road and Kingshouse clearly visible.
The tracks onto Rannoch Moor are begging to be explored by bike, and with a fleet of new Kona mountain bikes available for hire, Glencoe Mountain Resort is the ideal base from which to start. 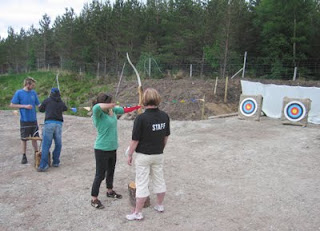 Out of the black, into the red, nothing in this game for 2 in a bed. Smashing, super, lovely...
Back at the centre, we tried our hand at archery, a new activity for this summer.Strangely addictive, especially when your arrows end up around the centre but not in it. Just one more go! I can see a Clachaig staff tournament coming on. In fact, I've just had a brilliant idea for Octoberfest!
Posted by Clachaig Blogger at 01:13

Nice Blog Ed. Glencoe Mountain is going to be good for all of us. Give it a couple of years.
John W