I won't be telling you how old I was in 1968, but have you ever wondered what the Boots Bar looked like back then?

Well these photos aren't really going to answer that for you but they do show that then as of now, it was full of merry makers enjoying the craic and a beer. 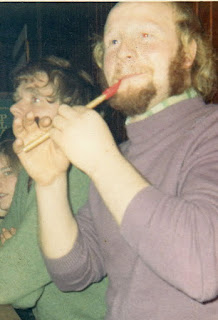 Many thanks to Jim who sent these in having seen the photos we posted of the newly refurbed bar.


Looking at photographs of the new bar made me think back to my first visit to the Clachaig in the sixties, different building then with electricity curtsy of a diesel generator which was switched off at 11.00pm (the bars closed at 10.00pm). The bar was what became a store room after the new bar was built in the seventies, one of the main differences however was the fact that there was no organised band with many bringing along their own instruments. Enclosed two photographs from 1968 taken in the bar.
I visited again in March of this year and stayed over night, good to see there is still a great friendly atmosphere throughout the hotel.
Regards
Jim 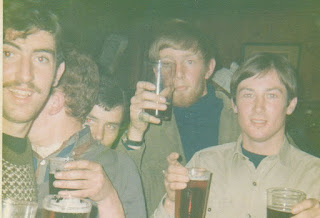 Nice to know that some things in life can be relied upon to stay the same.
Posted by Clachaig Blogger at 01:48 No comments:

Keen bikers that we are, Keith (Glencoe Independent Hostel) and I decided to keep it local for last week's night ride rather than head up to the other side of Fort William and join the Wheelers bike club. Fair to say that was probably our first mistake. 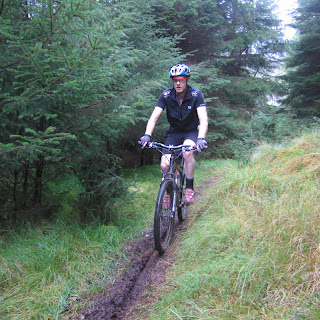 The path leaving the forest track is now being rebuilt with the first 150m or so complete.

On a suitably dark and damp West Highland January night we reckoned we make it easy and drive round to Duror, and then cycle back over the glen to Ballachulish and home. Not a long ride after all. Ideal for a quick ride by torchlight. Surely? 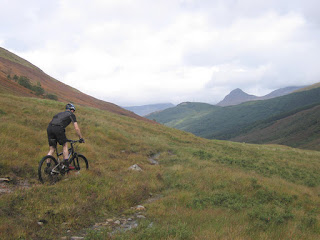 It has to be said that the climb through Duror forest does take a bit longer than I recall. And then there's the muddy path from the forest road through to the edge of the forest. Ok, so it's under repair at the moment, but there are still some peat soup sections, and the clear felled 'where the hell has the path gone?' section to the forest gate.

So, a little behind schedule, we broke out onto the open moor, the faint path across the heather, and the increasing realisation that this was no trail centre with a prepared path just 5 mnutes back to the cafe. Fortunately, we were both very familair with the route, and despite a few early nervves we quickly got stuck in to some quality night time off roading. Belter of a ride, and a bigger than usual sense of achievement as we reached the gate to the tarred road in Ballachulish. Highly recommended, but perhaps do it in daylight first and make sure you are well prepared. Read more about the route here.


The plan was to pop home, grab the car and retrieve the van left in Duror. However, after a long hot sure I suddenly found myself with a beer in hand totally incapacitated in front of the log burning stove. It would have to wait till the morning. 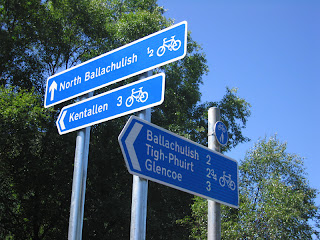 The Sustrans Cycle Path connecting Glencoe to Oban and beyond.

So, next morning it was. Back on the bike and along the cycle path past Ballachulish, round the old railway through Glenachulish, and along the coast to Kentallen. Magic! 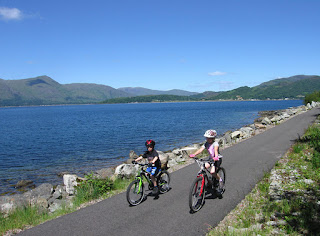 Ok, so this wasn't January. But it's still a magical place to ride whatever the time of year.

And then we get to the crux of the matter, and the subject alluded to in the title of the blog. The cycle path to Oban is still under development, with some key linking sections still missing. However, I was pleased to note that another short piece of the jigsaw appears to have been added, connecting Lagnaha (the farm after Kentallen Bay when heading south) with Duror village. It might only be a mile long, but it all counts, and this particular section has the added advantage that it connects the village with the primary school and the village hall by a route well away from the traffic on the busy Oban road.

The postscript is that a couple of days later, I found myself unable to go skiing as planned (it was gusting to 111mph) and due to a meeting unable to travel down to Oban with the family on the plan B of going swimming. So did what any self respecting bikker would do and set off to ride to Oban to meet them, headwind and all. It presented an opportunity to link all the built sections of the route all the way to Oban. All I can say is what a fantastic development this is for the area, and it's a very achieveable 'must do' for anyone visiting the area. Though I might suggest that a breezy day in January won't be everyone's cup of tea - which is what I needed when I reached Oban!

Best ever view from a bedroom window

We love it when we receive these random but extremely gratifying messages. It's the little that means a lot. This one from Rob, with a photo which we're sure you've probably all got in your own collections. In fact, +/- a day or so, we reckon we were stood at the very same spot snapping away!

Rob says, "We stayed with you at the end of October when it was unbelievably mild and really enjoyed our overnight stay with the best view out of a bedroom window I have ever seen in my life!" 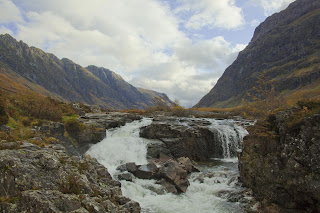 Keep on sending us your messages and your favourite pics of your trips to the glen.