During Octoberfest and Febfest we usually try and raise some money for the Glencoe Mountain Rescue Team. However this October we decided to raise money for another local and worth while clause. The Glencoe Community Defibrillator. There will actually be two defibrillators installed. One outside the Glencoe Ambulance Station and the other outside the Ballachulish Medical Centre. 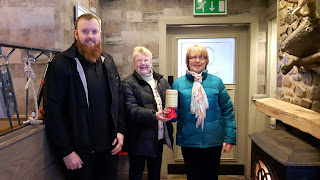 We managed to raise £200 over Octoberfest by donating all money raised from our Pool Competitions and Pub Quizes. There was also money raised by our customers who kindly put a donation in the collection box on the bar which the ladies picked up today. They tell me they have so far raised £3000 of the £4000 needed.

Head over to our website to see what else we do for our local community.
Posted by Clachaig Blogger at 07:10 No comments:

Fantastic news! Clachaig has been awarded Outdoors Pub of the Year 2016. Whoop, whoop!

Here at Clachaig Central we drew straws for the trip down to the annual awards presentation in Kendal and Assistant Clachaig Manager, William, won. The Clachaig van was given a bit of a wash and a polish in preparation for a rare excursion out of the glen, and William put on his best shorts while the rest us continued to slave away, sorry, sat waiting patiently, for the news from Kendal. 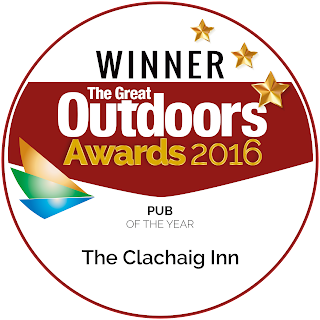 
The awards recognise the great and the good across a whole range of categories relevant to life in the Great Outdoors, with everything from cafes, gear and clothing, books, campaigns and personalities represented.

And in our category we won! We have to say that we're over the moon with the result. It's been a long, hard season. As a family we've been here since May 1984, so we've seen quite a few now. You'd think that it would get easier, or at least that's always the hope. But, no. 2016 was busier than ever before, making it bigger, longer, harder and more intense. There were a few sighs of relief when Octoberfest finally closed and for the first time since March a calm descended about the place. 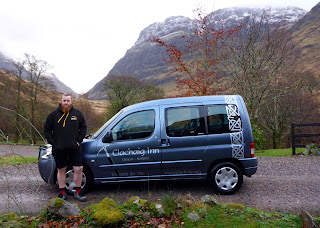 So, to win after all that is tremendous. And what makes it even better is that the award is the product of a public vote. It's you, our customers, who voted in masses, to make us no. 1. A big thank you to everyone who ticked the box for us. It's particularly satisfying for everyone here at Clachaig to know that our collective efforts are appreciated.

And there must also be a huge thank you to the full team at Clachaig. Though Clachaig is still family owned and run by Ed and Guy, it's the staff; the chefs, the house team, the managers, who are the public face, and the ones who keep on delivering even when under pressure. It is they who are Clachaig. 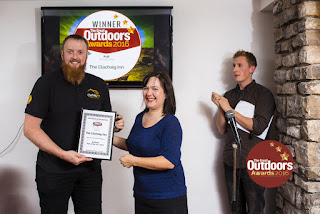 
Hopefully we're not being too conceited when we say that awards have been a part of life at Clachaig over the years. It's nice to be able to say that we've won a few, not least of which was the Outdoors Pub, Restaurant or Cafe of the Year 2013. (Nice to back after a short break!) But we don't go looking for them. Invariably the awards are a recognition of our achievements, of what we offer, by others. That's what makes them so damn rewarding when they come along. 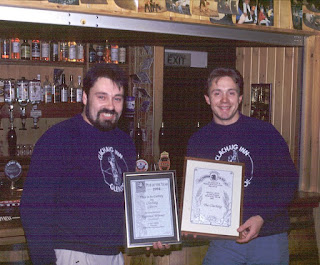 
As we prepare for 2017 and our 33rd year here at Clachaig, rest assured that we'll keep on doing what we do best, and we look forward to welcoming all our customers, old and new once again.
Posted by Clachaig Blogger at 02:42 No comments:

Putting the fun into fundraising


Plenty of fun was had during our busy autumn festival ‘Octoberfest’ and the full programme of live music, gin & whisky tastings, pumpkin carving, quizzes & pool competitions kept us all busy.

Our rolling fundraising commitment to actively raise funds for a variety of locally based charity/projects raised £200.00 for the Glencoe Community Defibrillator Fund.

Many thanks to all who participated in these fun events and to our suppliers who donated generous prizes for the winners. See you again next year.
Posted by Clachaig Blogger at 03:52 No comments: