The world of climbing has moved on over the decades. Boundaries have been pushed and equipment has been improved. The challenges of previous decades have long since been overtaken and surpassed. However, there is still one route that remains elusive, and certainly one style on one route that has yet to be repeated nearly 30 years on. 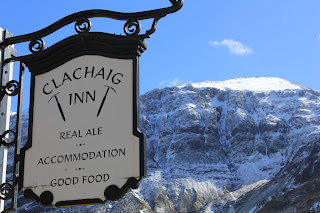 Anyone visiting Clachaig will be familiar with the west face of Aonach Dubh. The beer terrace outside the lounge bar provides a grandstand view of this precipitous face in Glencoe. In there are a variety of rock climbs on the face, from classic easy mountain routes, to even more classic difficult grades. But in winter, when the face ices up and the gullies progressively fill with avalanched snow, the face really comes into its own. Clachaig can become a bit like Grindelwald beneath the Eiger, as you sit back with a beer and watch distant specs tackle the various gullies and ice falls.

There has to be a long cold spell before one particular route comes into condition. At the bottom of No. 5 gully, progressive dripping and freezing can see the formation of a huge icicle. Named Elliot's Downfall after the shepherd family in the cottage below, it can take several weeks before it 'touches down' and even then it's notorious for being weak and unstable - and steep! But, like bees round a honey pot, the climbers are watching and waiting for their chance at this iconic Glencoe winter route. 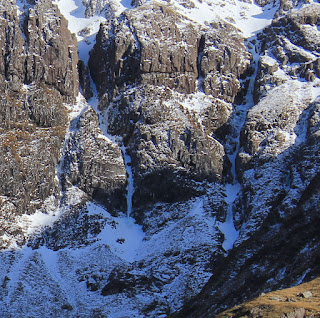 Elliot's Downfall preparing for 'touchdown' left of centre.  No 6 gully on the right.

Back pedal to the mid 1980s. Family Daynes had not long arrived to take over tenure at Clachaig (and are still here 30 years later). Mal Duff was running his winter climbing courses based at Clachaig Chalets. Winters were proper winters back then, or so the rumour has it, and the glen was buzzing with climbers. The Boots Bar at Clachaig has probably been guilty of being the starting point for many hair brained schemes over the years, being as it is, the perfect environment for post adventure discussions and daring alcohol fueled bravado when planning the next. 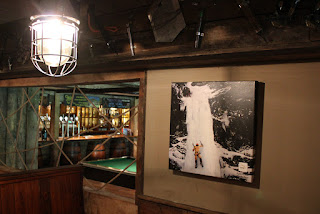 The famous Rick, mid climb. Back in the Boots Bar, where he belongs.

No surprise then that Mal hatched a plan to go and climb Elliot's Downfall, along with Jon Tinker and Rick Nowack, who joined Mal each winter from his usual home in California. However,... 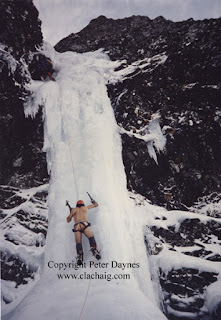 So Elliot's Downfall was climbed naked except for a helmet, harness and some yeti gaiters. Some purists do criticise the ascent however, maintaining that it was akin to aid climbing, as 5 points of contact were used! Peter Daynes got dragged away from the grind at Clachaig to go and record the ascent. Mal's somewhere up there at the end of the rope. Look carefully and you'll see Jon Tinker on a hanging belay, easily identified by his Rasta hat. And yes, that's Rick making history.

Elliot's Downfall is rarely repeated, and we suspect that it'll be a few winters yet before it's climbed  naked once more. Hopefully!

The annual Scottish Six Day Trial, and the accompanying Pre '65 Trial which is based in Kinlochleven is a great event and it's a shame that we always seem too busy to get out to more of the stages and enjoy some of the action.

The organising committee must have taken this on board for 2013, and added in a special stage for us, right on the doorstep! On the way back down the glen, the competitors took on a short stage on the screes at the bottom of Clachaig Gully yesterday. The car parks were full (unless you had a van or a motorbike you'd feel very much out of place!) and the weather behaved - at least for most of the day. 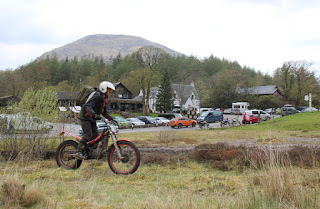 Really enjoyed the action and hope that we'll see the riders again soon as they continue to battle through the wilds of Lochaber for the remainder of the week.

Here's some photos of the action. 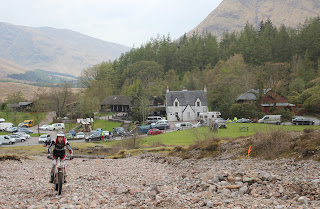 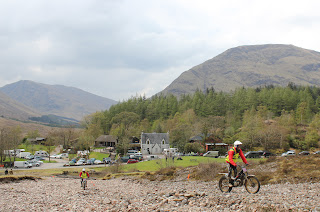 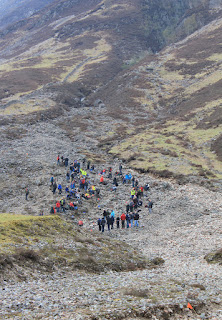 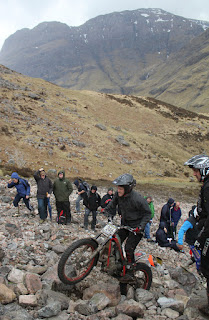 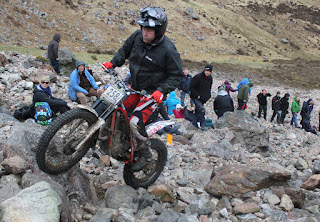 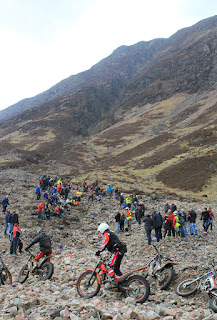 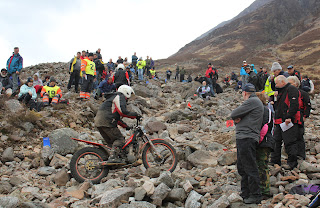 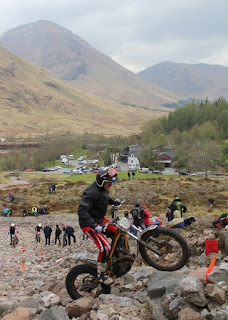 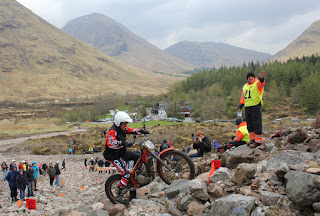 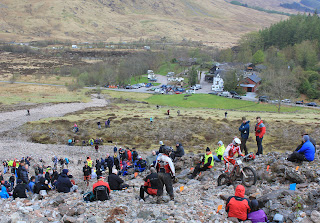 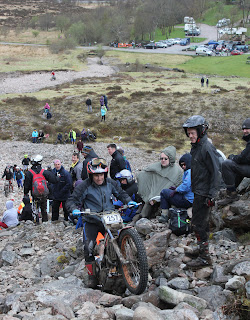 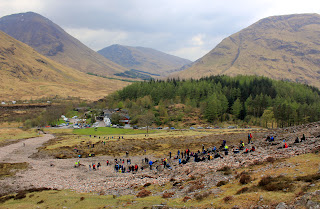 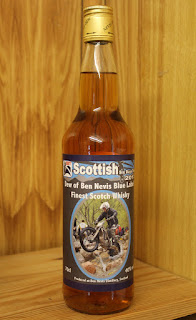